Top picks of releases to suit your 2020 plate!

Which one of these epic cars could drive you into 2020?

Top picks of releases to suit your 2020 plate!

With a range of cars available to pre-order with a brand new 2020 plate, which cars should you be looking at? Chatsbrook have taken the time to consider the latest innovations- so that you don’t have to! Here are our top picks!

As you may have noticed, manufacturers are leaning towards developing fully electric cars, as it is only logical to keep up with the creation of new technologies. Many people are excited at the rise of electric vehicles as they showcase mechanical genius and progressive sustainability goals.

What brand-new electric car could you revel in with your 2020 Reg this year?

The Honda-E is causing quite a stir with its striking looks. First seen at Goodwood as a concept, it is difficult to believe something so futuristic looking is available to pre-order now. The Honda-E is the first fully electric car depicting the new era of environmental awareness. The rear wheel drive, compact appearance and its range of 125 miles makes it seem perfect for urban driving. You are able to charge it to 80% in 30 minutes- it is almost as easy as charging your phone! Believed to be a rival to the Nissan Leaf how will it perform in comparison? 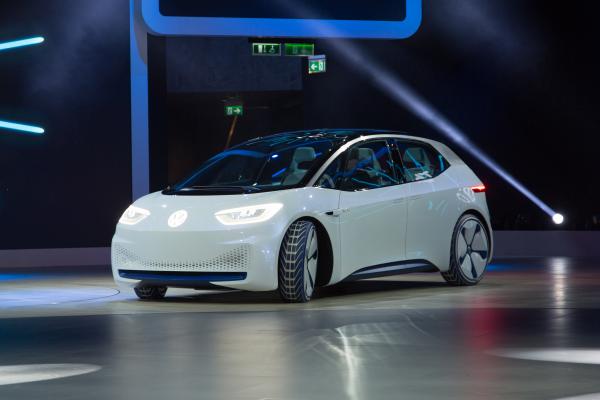 However, as Volkswagen unveils their new flagship series the ID, will the Volkswagen ID .3 prove the most instrumental for the electric car movement? In comparison to the Honda, the ID.3 feels far more familiar. Its looks are not as radical as the Honda which makes you feel more involved in the electric shift. Volkswagens range of 260 miles knocks the Honda E’s 36 kWh lithium battery out of the water. It also gives you the choice of battery so that you can tailor the car to your needs. Standard models feature a 58 kWh battery, whilst the smaller variant hosts 45 kWh and the larger has 77 kWh battery. The ID.3 price estimate sits at the top range of the E’s at a retail price of £35,000.

It is clear that SUVs have been proving extremely popular in the UK as our roads are increasingly sporting the dramatically large styles. If electric SUVs tickle your fancy, what SUV should you be looking to pre-order this year?

Our top picks are the Audi E-Tron and the BMW IX3.
Both cars will be entering the same section of the marketplace, rivalling iconic benchmarks set by the likes of the Jaguar I pace and the Tesla model X. 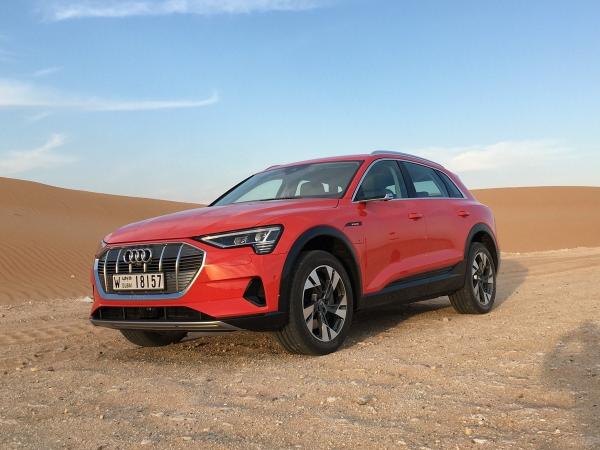 The Audi E-Tron is certainly luxurious in looks, and how could it not be with a pricetag of just under £71,000. It’s 95 kWh battery seriously dwarfs the batteries in city cars like the ID .3 and Honda E. Audi have stated that the vehicle can be charged from 0 to 80% from an 11 kWh home wall box or in a motorway service station in just 45 minutes. And if you thought that was good, it can also reap a staggering distance of 248 miles!

But how does the Audi E Tron compare to the BMW I X3? 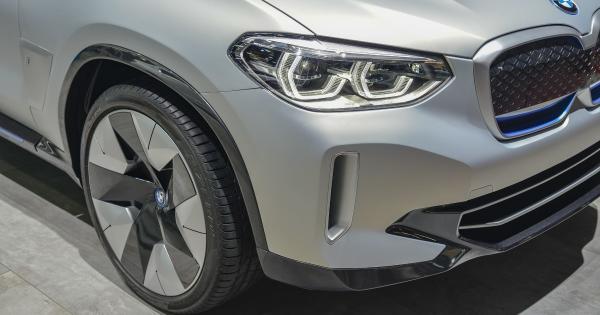 Like the Volkswagen ID.3, BMW have used a widely appreciated car and have altered the systems to turn it electric. The benefit of this is that it makes the shift to electric feel seamless to potential buyers, so it isn’t scarily different.
The BMW IX3 can achieve 80% charge in under 30 minutes thanks to its new, denser 70 kWh battery. Just like the Audi E-Tron, it will support 150 kWh of fast charging capabilities. Its range is on par with the E Tron with 249 miles! It is estimated that the car will go on sale for £55,000, so this certainly seems to give you more bang for the buck.

If you love the idea of an SUV but aren’t too sure if you want to jump on the electric bandwagon, then perhaps these luxury SUVs will put the twinkle in your eye instead… 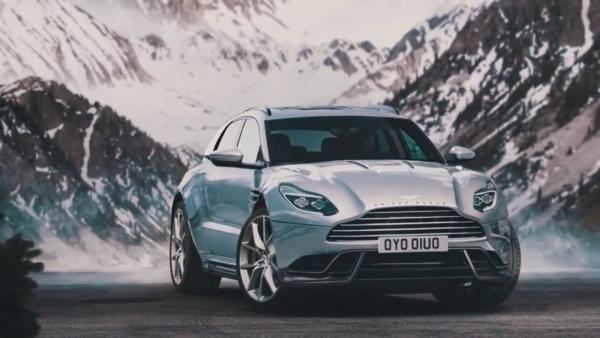 Aston Martin never fail in the creation of seriously sublime vehicles. Just when we all thought that SUVs couldn’t look any better, Aston Martin announced the release of the exceptional DBX. This state-of-the-art SUV is expected to be released in the last quarter of 2019. Resembling the Vantage from the front, it is expected to outperform the Porsche Cayenne and rival the Lamborghini Urus. It could even be the first SUV with drift mode! But all of this luxury comes at a cost – it is anticipated to start at £140,000... but who can really put a price on art?

If you thought the Aston Martin was luxurious, then you should know that Bentley are releasing the 2020 Bentayga speed. 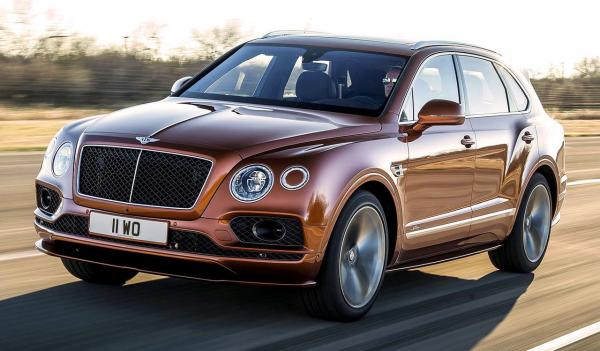 Thought to be the most impactful Bentayga yet, it has a top speed of 190 mph and an astounding 6.0 Twin Turbo engine, this SUV is 0.2 seconds slower than the Lamborghini Urus. Performing 0 to 62 and 3.9 seconds-this surely has a presence! Prices for this mind-blowing Bentley starts at £182,200.

SUVs are great, but perhaps sports car will always hold the key to your heart… Our two favourites to soon bless our streets are the Aston Martin DBS Superleggera Volante and the 2020 Ferrari F8 Tributo. 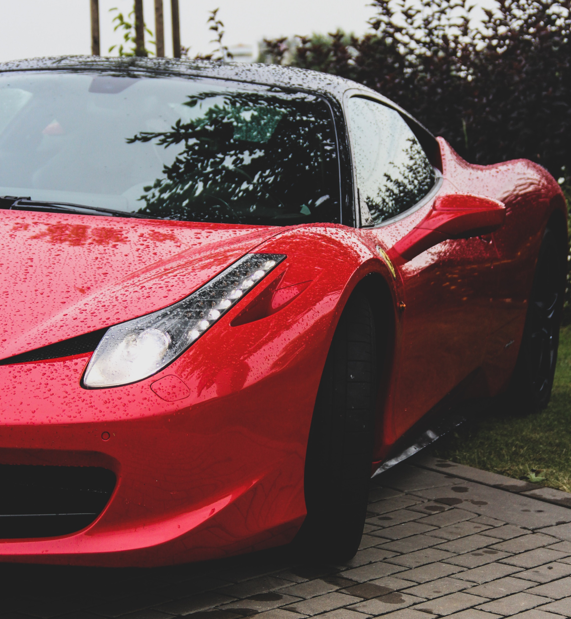 The Ferrari F8 Tributo wowed spectators this year at the Geneva motor show. The Tributo reimagines it’s 488 GTB predecessor with a 15% increase in downforce. Ferrari claim that you could reach 0 to 62 in a mere 2.9 seconds! New software changes mean that this version is accessible to a wider range of drivers. Its stunning low-profile exterior will surely appeal to all. We imagine that prices will start at a whopping £200,000.

But can the Aston Martin DBS Superleggera Volante stand up to it? 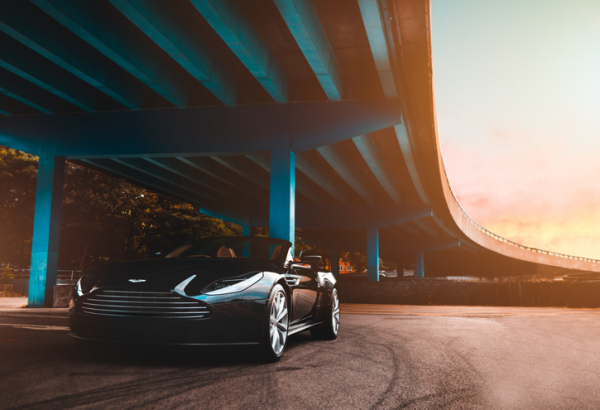 This incredible convertible serves some serious looks; it has a presence that you can’t just ignore – its beauty is addictive. The DBS Superleggera Volante provides a sensory explosion... The refinement to the 5.8 twin turbo engine has resulted in a clear and crisp engine note, whilst the exterior is what dreams are made from. With 0 to 62 in 3.6 seconds it is one of the fastest convertibles out there, but its speed doesn’t compare to the Ferrari’s F8 Tributo. That being said, with a top speed of 211 mph which car would you choose to drive on the Autobahn?

If any of these spectacular cars have caught your eye, feel free to immerse yourself in our website. Or if you’d like to speak to industry experts, why not contact us on 01603 733500 or info@chatsbook.co.uk today! Explore how Chaatsbrook can help you!