What Path Should We Take To Reduce Plastic Pollution?

The devastating effects of plastic and how your actions can make an impact.

What Path Should We Take To Reduce Plastic Pollution

It’s hard to fathom the scale of our global plastic problem. One way to illustrate the extent of it, is to imagine a truck load of rubbish being emptied into our oceans every minute of every day. In fact, it is estimated that there is 500 times more micro-plastic in our oceans than stars in our galaxy. The magnitude of our plastic issue has been brought to light in recent headlines which state that we have 12 years to change our ways, or the affect we have on our planet will be catastrophic and irreversible. 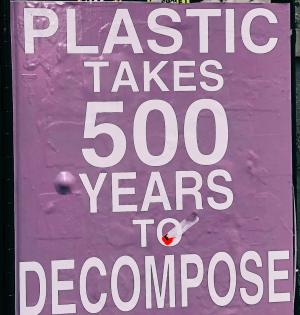 You may be wondering “Why is this happening?”

Plastic is a convenient and cheap material to manufacture. It is a vital component in many different industries, including agriculture, fashion and fishing. Even though research is being carried out, it is hard to create a similar material that perfectly matches its durability, malleability and cost of production, with the added benefit of being biodegradable.

The way plastic is created, disposed and recycled is causing a tangible, lasting damage to various areas of our environment. For instance, plastic is manufactured through a process called ‘Fracking’, which is known as being one of the most environmentally damaging processes in existence. The repercussions of the greenhouse gases released, means that Climate Change is becoming hard to ignore with the increased disasters such as extreme flooding, hurricanes and earthquakes occurring globally.

It isn’t just the way plastic is produced that is causing issues either. The sheer metric of plastic disposal is undeniably eye-opening. 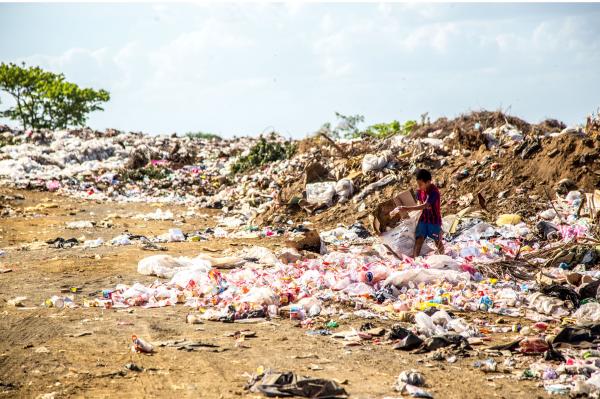 Recently the BBC released the documentary ‘Drowning in Plastic’, highlighting the magnitude of the plastic crisis. The host, Liz Bonnin, provided the compelling wake-up call that we all need. Within the documentary, viewers were exposed to the reality of scientists having to force sea birds to vomit the chunks of plastic that they had ingested. The physicality and abundance of plastic waste is suffocating and harming wildlife-even in the most remote of areas.

‘Drowning in Plastic’ also educated viewers on how plastic acts as a catalyst in the dispersal of diseases, as plastic itself becomes a dangerous breeding-ground for life-threatening bacteria. Similarly, a study conducted by Saido found that when plastic biodegrades it releases harmful carcinogenic substances such as BPA and SM.

Although the reality of our plastic crisis may seem bleak, it provides an opportunity for us to think innovatively about what can be done to protect our environment.

Legislation of plastic production and consumption have recently come into the fore as a result of pressure from UN organisations. Dr Philippa Notten of The Green House says a systemic approach from Government is needed because action is required across sectors and at multiple scales. New frameworks have been introduced in an effort to reduce single-use plastic, general plastic use through tax and ban plastic products entirely for which there are alternatives available. Additionally 290 leading companies have signed a pledged to reduce plastic usage.

What can you do to save our planet? 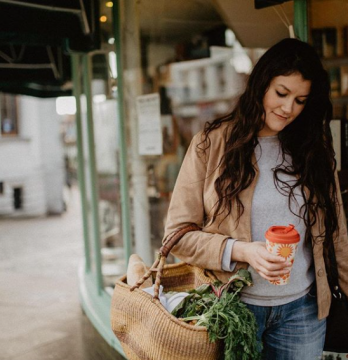 From speaking to a Norwich sustainability lifestyle blogger, it is clear that there are easy ways to adopt a sustainable way of living.

Jess from talking-rubbish.com suggested to “Get yourself a few reusable items that you can carry with you in your bag to avoid single use plastic.  I tend to carry with me a tote bag, coffee cup and a water bottle and I take my lunch to work in a stainless-steel tin.

Try shopping at your local green grocer for your fruit and vegetables.  They are often local, seasonal and free from plastic packaging.  Make sure you are prepared with a basket and some cotton drawstring bags for loose items such as mushrooms or tomatoes.  Also, eating less meat and dairy can make a considerable sustainable impact.”

It’s the little things that we can all do that will create an impact. Jess went on to state “We are now more aware than ever of the catastrophic effect that plastic pollution, and our heavy reliance on convenience, is having on our natural environment.  If we want to look after the planet that we live on we have to start making changes to our everyday lives now.  Ultimately, it is up to governments to implement new environmental laws, however it has to start with us so that together we can demand better options.”

With access to an unparalleled panel of funders Chatsbrook provide the facility to finance Recycling & Renewable equipment so more businesses than ever have the opportunity to do their part for the environment.

Contact Chatsbrook on 01603 733500 to find out how our range of versatile funding options could support your business or complete our quick enquiry form here.