Goodwood Festival of Speed 2018 Preview – More than a Motor Show

Celebrating its 25th anniversary, Goodwood Festival of Speed is one of the largest motor shows in the yearly calendar. Since the original British Motor Show’s demise in 2004 (though limited events were run in London until 2008), Goodwood, which runs 12th – 15th July, has continued to go from strength to strength with support from nearly every car manufacturer within the UK.

In truth, it is unfair to class Goodwood as a motor show – it really is so much more than that with ‘festival’ perhaps the best label you could put on it. If you haven’t been before, Goodwood is a celebration of all things motoring. Beyond the usual static car displays, Goodwood features hundreds of live activities throughout the weekend such as; off-roading, rallying, helicopter rides, the action stunt arena, the Red Arrows and of course its world-famous hill climb.

Porsche will celebrated more than most manufacturers this year. And that’s because it’s 75 years since the launch of their first rear wheel drive, rear engine sportscar – the 356. The 356 ultimately paved the way for the modern-day Porsche and is still continued in current models, including one of the most iconic cars of all time - the 911. There will also be a special sculpture to celebrate the Porsche 356 and its history.

Whilst we could talk to you all day about everything going on at the festival, we have decided to hand pick our top 5 new cars you can spot at 2018’s Goodwood Festival of Speed.

Fully unveiled just this weekend, the 600LT features vertical exhausts and a rear end that is just to die for. Seemingly more carbon fibre that there is metal, the new McLaren 600LT is one of the most exciting and affordable McLarens for years. And if you fancy one, prices start from £190,000 and have already financed a McLaren this year, get in touch to let us help you. 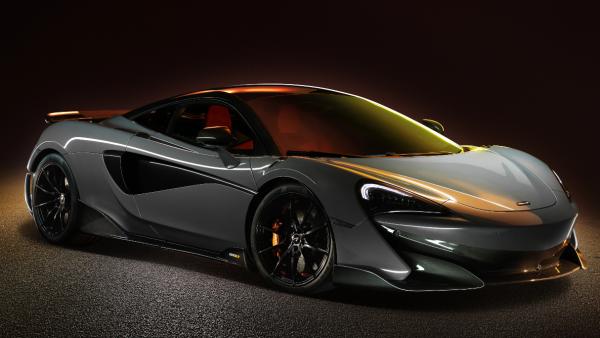 With a name like ‘Superfast’, what else do you need to know? With 789bhp under your right pedal, 2.9 seconds will see you all the way to 62mph and the 812 will carry on going to 211mph. The official replacement of the F12 Berlinetta, the Ferrari 812 sure to be a highlight when it goes up the hill climb on Friday.

The GT63 is the first new stand-alone model from Mercedes-AMG for some time, and what a car it is. Offering pure un-adulterated speed and typical AMG performance, the GT 63 S is also equally at home on the school run. Chatsbrook offer finance on all Mercedes cars, including AMG specifications and special editions. 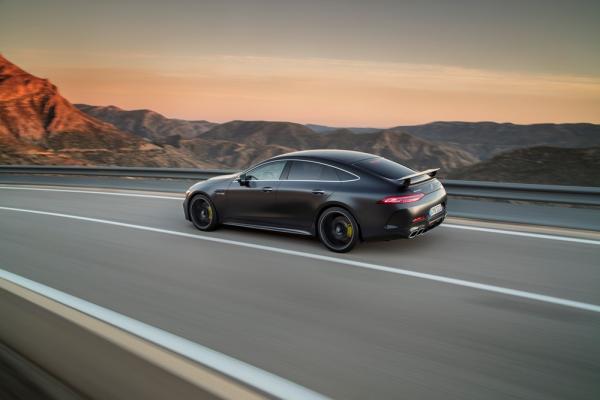 A brand you probably recognise but can’t put your finger on where from, Polestar is the previous tuning arm of Volvo and is now the new name for their hybrid supercars. The Polestar 1 will have its moving debut as it’s raced up the Goodwood Hill and we think it has all the hallmarks to be one of the most beautiful cars heading along the track all weekend. The only issue may be seeing it though as there are rumours it still may be under camouflage wrap…

Making it’s public debut at the Geneva Motor Show earlier this year, Goodwood will be the 488 Pista’s first public moving performance. A lighter and more powerful Ferrari 488 GTB, the new Pista houses the most powerful V8 Ferrari has ever produced. 711bhp is produced by just 3.9 litres with twin-turbos attached – this powertrain sees the same 211mph top speed as the Speedster above but matches the 2.85 seconds to 62mph of the LaFerrari.

Not only will you get to see the above cars drive for the very first time at a public event, you will also find the first driverless car to head up the hill. Roborace is an autonomous electric race series and one of their cars will be navigating the hill climb using just Artificial Intelligence.

In our opinion Goodwood Festival of Speed is one of the best family days out all summer. With so much to see, try and touch, a day probably won’t be long enough. Don’t worry though, you can even camp if you wish to spend the whole weekend.

If you have been before, you know exactly what we are talking about. And if you haven’t, go and buy your tickets online here. Whilst walking around, if you spot your perfect car please do send us a picture and we will help you finance it as soon as you are back.